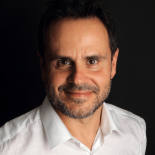 This is the first of a series of articles about the world that awaits us out there. In this one I am focusing on the changes that will affect our social and domestic lives. Subsequent ones will talk about other angles like politics, geopolitics and macroeconomy.

The perspectives showed in this article and their intensity will depend very much on how long it takes until a vaccine is found, released and delivered, or until we get immunized at levels of over 60% of population (which is the %percentage considered as herd immunity by the WHO).

The financial crisis in 2008 caught the world in a better off position. In average, people -or their significant others- had some savings that played out as a cushion to survive for a while. Now it is not the case. Over the last ten years the middle class has shrunk and the lower class has expanded, with 1% of the world population accumulating wealth equivalent to what the remaining 99% need to live. 60% of Americans say they have less than 1000$ in their bank accounts, and a similar situation happens in Europe. Salaries are very low compared with cost of living, impeding citizens to save money.

The middle class have played out a fundamental role as peace makers in the world since the WWII: they want to preserve their comforts, they step away from instability. Now the middle class is a tiny remnant of what it used to be. Under these circumstances, a vast majority of population who feel abandoned by the Establishment, might wonder “What do I have to lose if I can barely give a future to my children?”… that is the germ of upheavals and revolutions.

Governments, Central Banks, the 1% ultra rich citizens, and the solidarity of the tiny remaining middle class have the magic wand to avoid it from happening. They (we) should influence better fiscal and monetary policies and incentives, the environment to foster creative new jobs, and the creation of imaginative and altruistic solutions to lend a helping hand to those who have nothing.

COLLECTIVE MINDSET WILL BE IMPORTED FROM ASIAN CULTURES

We will import the collective mindset from Asian cultures. Even though individualism is in our genes and will remain, our levels of individual fragility have increased and we will seek the shelter of the tribe. The sense of belonging to a ‘global tribe’ will return, since we have realised that what one does individually – confinement, social distance, reinforced hygiene – affects the rest.

There will be two side effects of this:

SOCIAL DISTANCING AT HIGH SCALE WILL BE THE NEW NORMAL

Long lines/queues will be the new reality when we go out for shopping or entertaining or public places, in order to keep the 2-metre safe distance.

It will have three side effects:

We will travel more within the borders of our countries. Domestic travel will re-open relatively quickly, with a positive effect in an increase of GDP via domestic demand. Economies of scale will apply, thus prices not going on the rise significantly.

International travel will not re-open that quick. It will grow gradually, as borders will re-open slowly, with our governments announcing regularly the ‘safe’ countries allowed to visit. Social distance will have to be kept inside airplanes. Therefore, there will be no economies of scale for a long time: international flight prices will skyrocket, so less people will be able to travel internationally.

ONLINE SCHOOLING WILL BE READY-TO-GO

New platforms for online education will be developed, in order to be able to conduct formal schooling for our children as an anytime ready-to-go alternative option. This will not only be a matter of technology, but of new pedagogical methodologies focused on the student rather than the teacher. Governments will have a strict control on those platforms, their quality, usability and accessibility, even participating as shareholders.

REMOTE WORK IS HERE TO STAY

The vast majority of organizations will implement remote work as work-as-usual for certain type of jobs, either fully or partially.

There will be two side effects:

The future may be a negative self-fulfilling prophecy or a set of opportunities to build a better world. Either of those two options may be true. It’s in our hands.

I wish you the best.